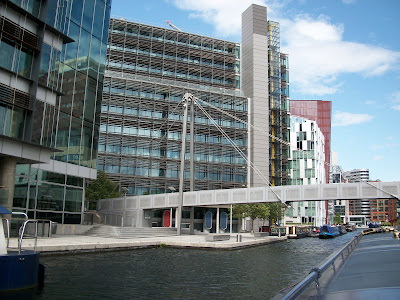 Paddington Basin - our home for a few days
And so our journey continues, but, not without the usual ups and downs. The weather has been on and off, when it rains it really does, then the sun comes out and burns us to a frazzle.

One of the rainy days happened to be when Pete broke down in the middle of the canal. Ken ended up head down in the engine bay and eventually got Pete going again. Some more maintenance and repairs were required when we eventually moored up in London.

The morning of the day we were to set off into London didn’t start too well. I woke at 4.00am in the morning and the cat was wowing to go out. Well I was not going to take him for a walk at that time but for some reason the door didn’t look right and I touched it, it flew open and the cat escaped!!!!! Ken and I were running round like headless chickens with the ’Dreamies’ (cat treats) trying to get him to come back. Anyway, Ken decided to get dressed and while he was inside Max came bounding up from about half a mile down the towpath. What a relief, but I am paranoid now about the door. Max is just like a teenager and can’t wait to leave home, but we don’t want him to!!!

Back to bed and up again early to set off. It took seven hours, but thankfully only one lock. We arrived in Paddington Basin, West London at around 4.00pm. We were in the middle of sorting out moorings and a security guard came and set upon Ken and told us ‘NO MOORING’, wrong move. Big argument, misunderstanding, almost fisticuffs, threats of police and British Waterways man!! Anyway, after another couple of hours we were told, ‘yes you can stay’. We knew that because the security guard had given us a letter to say so, but he thought he had given us a letter to say we couldn’t, what a c**k up!

That evening, we all went to Wetherspoons for dinner over in Shepherds Bush.

To get to Paddington Basin from Peterborough Yacht Club takes around 93 hours and there are 130 locks – just thought you might like to know.

We have not TV here but as you would expect excellent dongle reception.

My sister, Caroline, came to visit us Sunday as she was in the area. Due to closures on the tube it took her 3 hours, she wasn’t best pleased, so we fed here and sent her back where she came from. Was really nice to see her. Thank you for visiting sis. 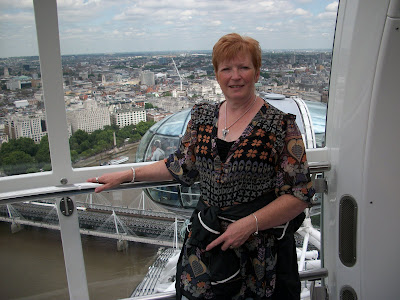 Monday was fine and sunny, so we set off for the London eye and some sight seeing. We did the eye by 12.30. It made me feel a bit dizzy in the big glass pod. Then we walked down the Embankment had chips and ice cream on the way and went to the London Bridge experience, which was hilarious, but you’d have to be there, can’t explain. We walked all the way down to Tower Bridge and walked round the Tower of London. On the way we spied two narrowboats doing the trip down the Thames that we will be doing on Friday, bloody hell, the waves looked a bit big, but we are brave. Called into another Wetherspoons for dinner and caught train back to the boat. I was in bed and fast asleep by 7.30, amazing. 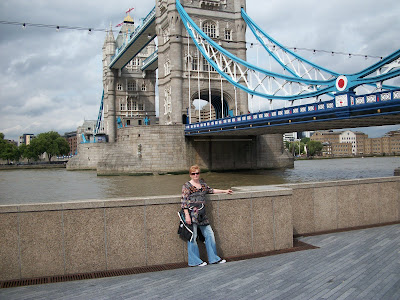 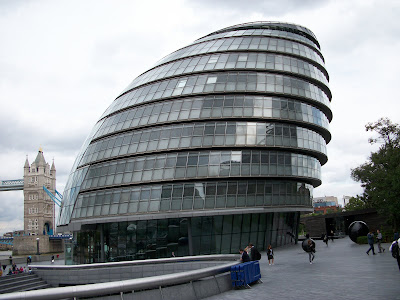 Did the builder lose his plumb bob????

We had quite a quiet day yesterday, doing a few chores and mending Pete’s engine. Went for a drink last night, nothing flash.

Today the idea is to go to Camden market, however, the rain and wind is slightly off putting, so maybe later.

Tomorrow we will travel to Limehouse Basin ready for going on the tidal Thames on Friday.

We are due to go up the Thames on Friday morning at 5.15am. Our friends Jennie and Ian are coming with us for the experience. We are really looking forward to it. 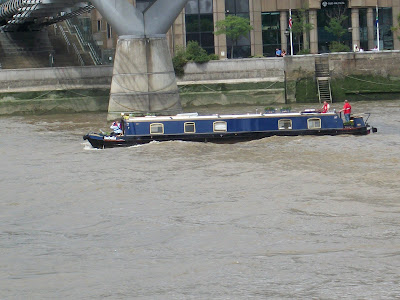 This is what we will be doing on Friday!!! 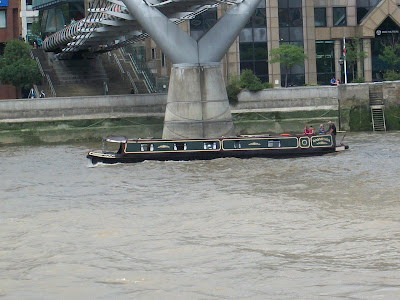 Back soon to tell you how we get on. 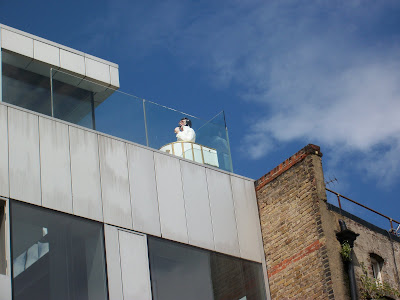 Seems Elvis is alive and well living in a penthouse in the middle of London!!!
Posted by Lynda at 05:10

Lynda
Married to Ken and newly retired. We fitted out our own boat in 2006 and have been playing ever since. Although we have been down to our boat every weekend, this year we are taking the plunge and going serious cruising.